It seems that everything turns green in honor of St. Patrick’s Day.

At NBC Sports, we wanted to honor some of the greatest green jerseys for St. Patrick’s Day. Before you keep scrolling, be aware that there are two conditions to this list:

The Green Bay Packers have an absolutely awesome forest green jersey. The yellow matches cheeseheads everywhere and is the perfect accent color to the dark green. The greatest part about the Packers jersey is that you can actually see the players in the snow. 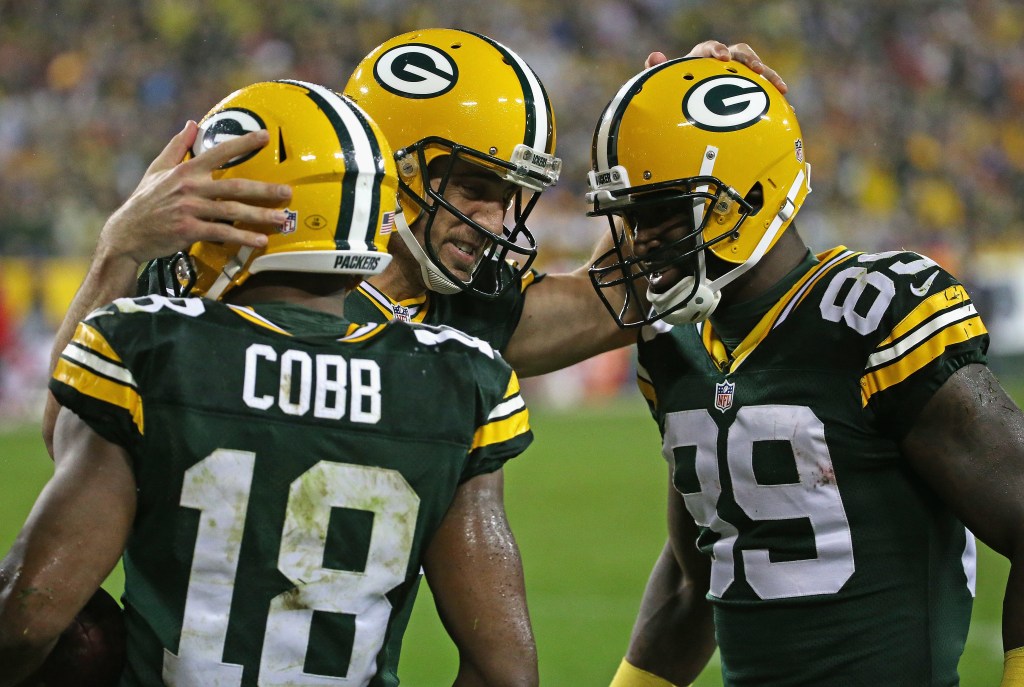 Whenever you think of green jerseys, the classic Celtics green should pop into your head. Some of the greatest players to ever play the game-Larry Bird, Bill Russell, Bob Cousy, Bill Walton- wore this jersey. That’s some pretty deep history. Besides, is any St. Patrick’s Day complete without some Boston contributions? I don’t think so. 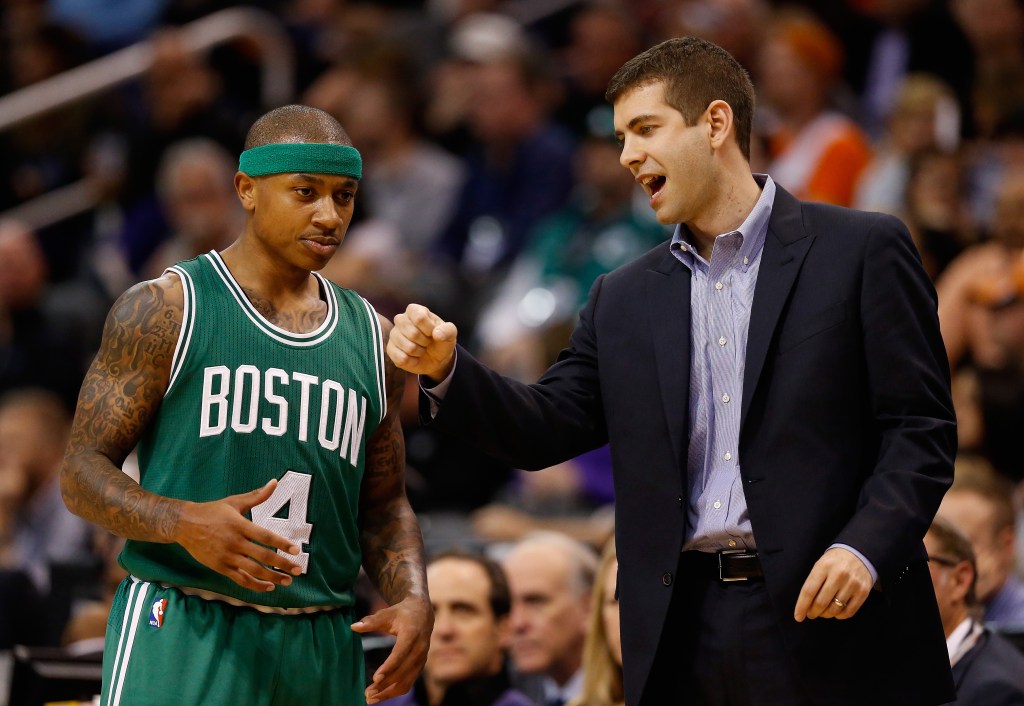 This jersey is in the top three to ensure that hockey fans don’t try to remove my head from my body.  It’s an incredible throwback that will never go out of style. Think about it-whenever you see a Whalers jersey, you think “Man, that’s pretty cool.”

From the Vault – Jersey worn by Ron Francis of the Hartford Whalers during the 1986-87 regular season and playoffs. pic.twitter.com/oyfdLGNQqO

The Ducks are known for having basically a zillion different uniform combinations. Yellow, green, gray, white, all thanks to Phil Knight and the folks over at Nike. During the Rose Bowl against Florida State two years ago, the Ducks rocked a bright (not neon) green that wasn’t too obnoxious and contrasted with the field well, making it easy for viewers to see. 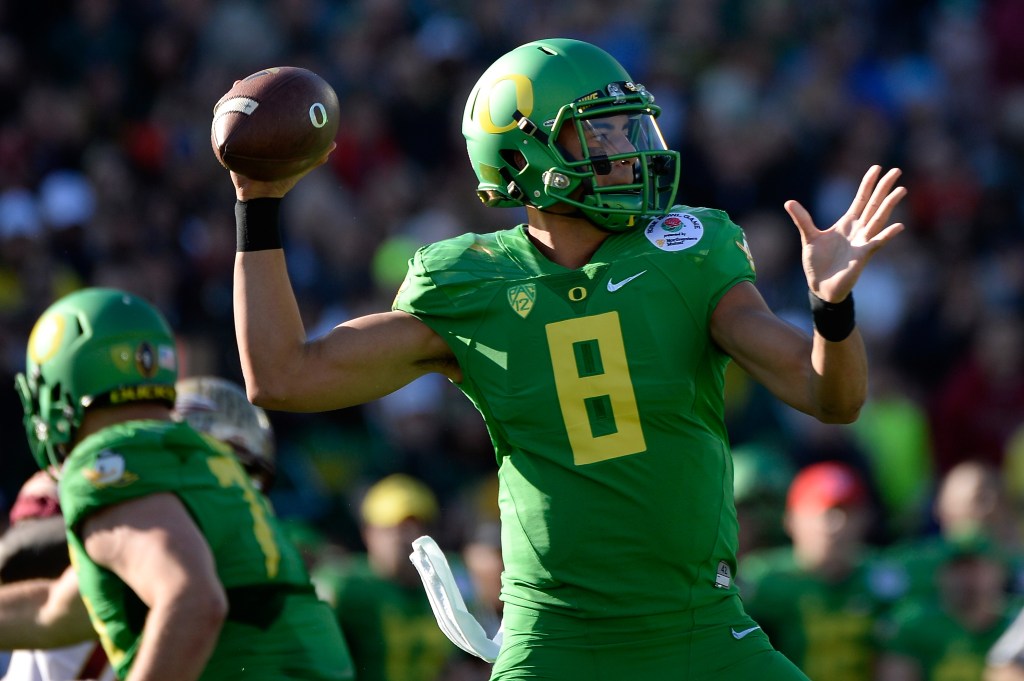 The Sounders kit falls in the same classification as the Oregon jersey-bright green, not neon. You can easily see it on the pitch and the blue accents provide a more modern look instead of a classic white. 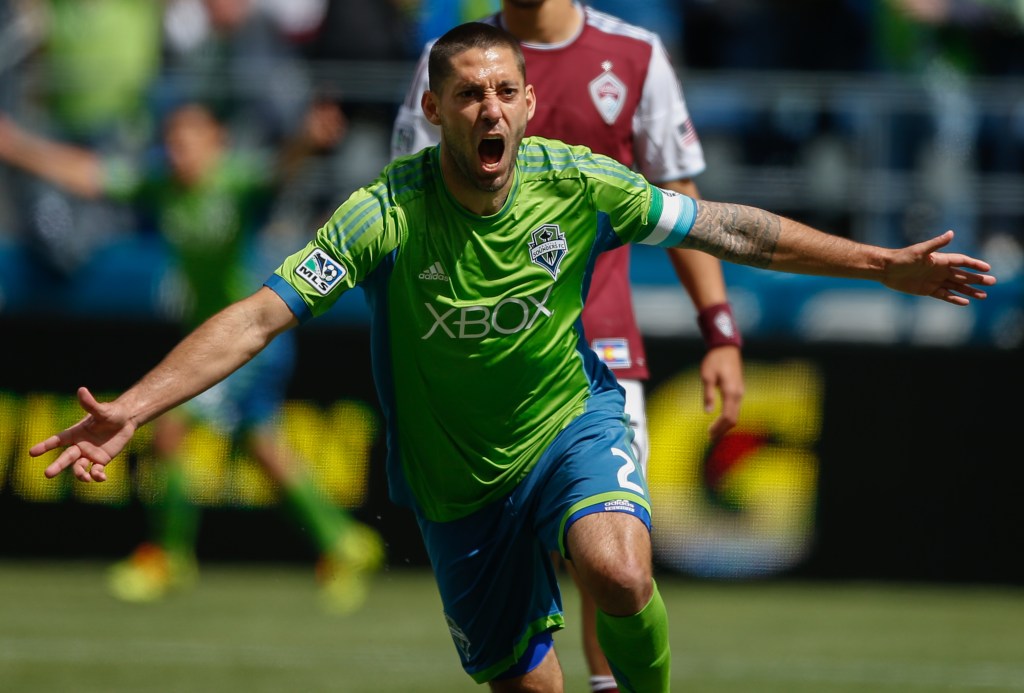 Every so often the Wild’s color combination reminds me of Christmas, but their jerseys are always crisp. The green falls in the middle of Kelly green and forest green, making it an authentic and consistent green. It also features an off-white text on the green jersey, making it a nice change of pace from the stark white. 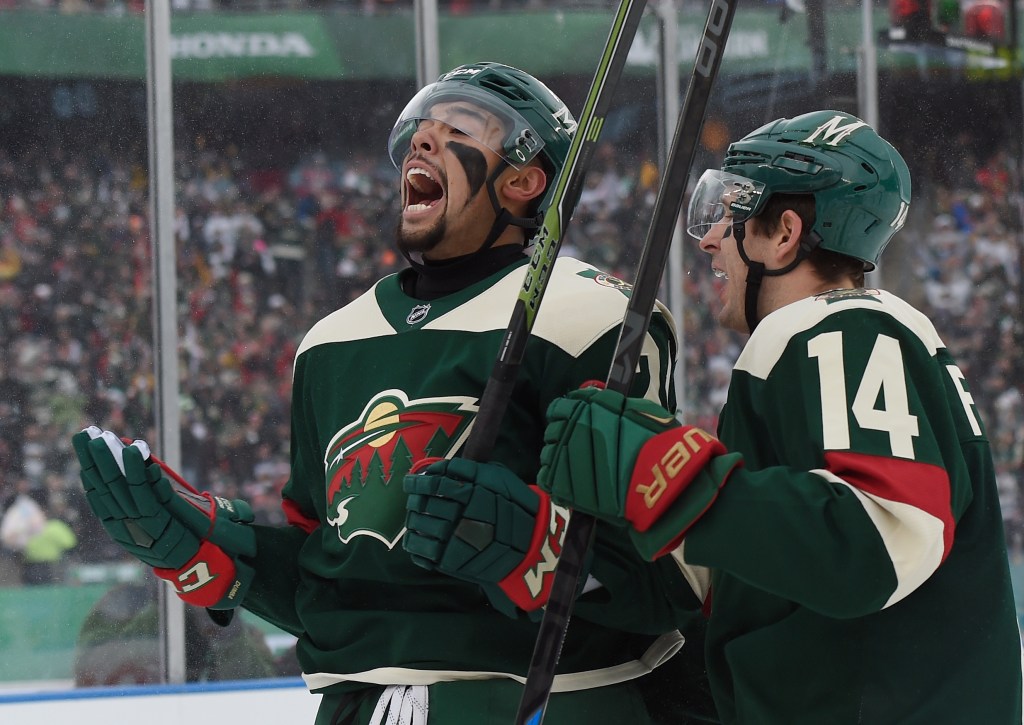 Philly’s current green jerseys straddle the line between black and green, meaning they are way too dark. However, the Kelly green throwbacks are absolutely spectacular. They are fun, bright and when paired with the Eagles wings helmet, are one of the best uniform combinations in the league. There’s been talk of bringing the Kelly green uniforms back, an initiative I wholeheartedly support.

PHI @SNFonNBC: THROWBACK SHOWDOWN: Which throwback jersey do you like better: Eagles' kelly green or the Rams'? #tbt pic.twitter.com/pQDhAhuOkL

When I see Notre Dame green jerseys, the first thing that comes to mind is a modern twist on the classic. The green is a true Fighting Irish green and is a fun switch from the classic navy jersey with white trim. 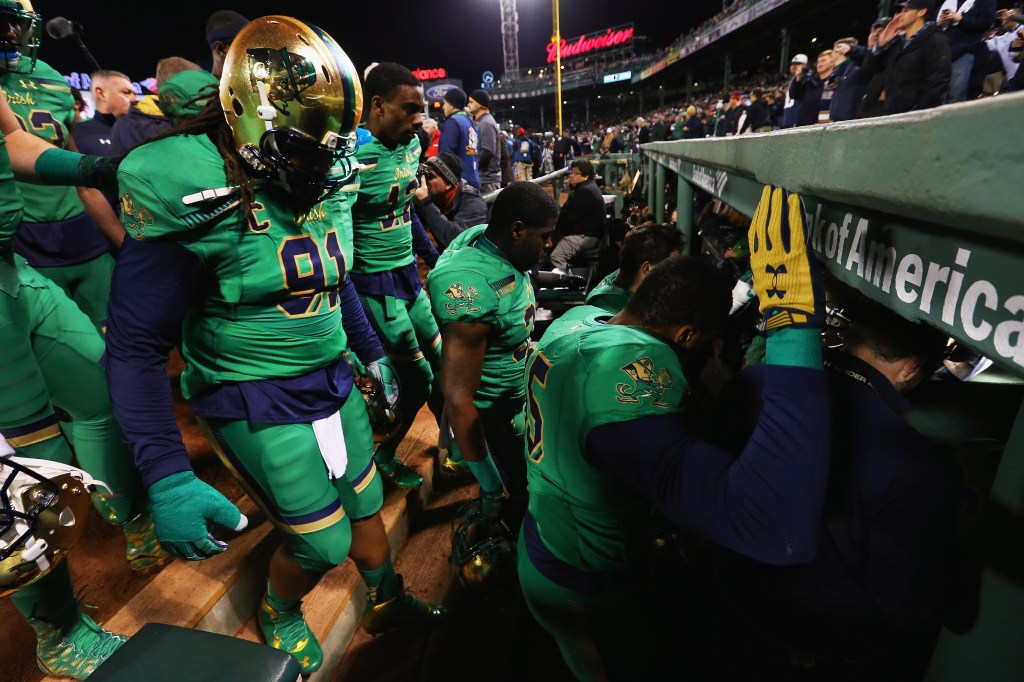 You read that correctly. The Jazz are a relative newcomer to the consistent green jersey community, adding a dark green alternate to their uniform repertoire. Instead of doing only the same cheesehead yellow the Packers wear, the Jazz added a navy blue stripe on the trim of the jersey. It’s a fashion power move that brings in that classic Utah color. 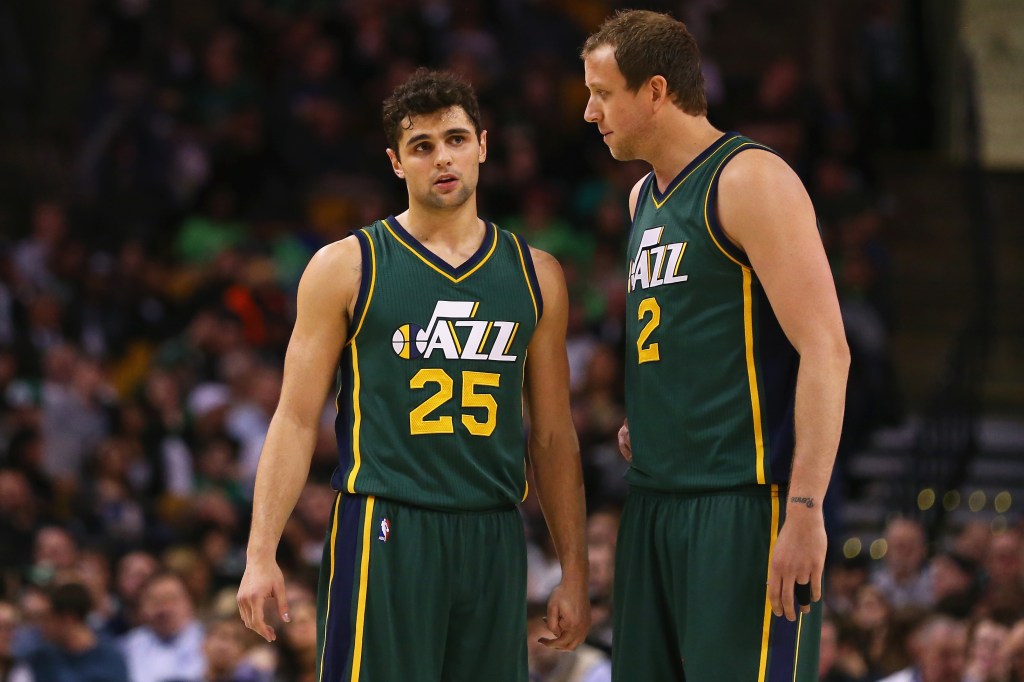 Portland made a late push to bump the Dallas Stars out of the top 10. The deciding factor? There was no olive green represented in the top 10. The kit is acceptable for hipsters and soccer fans alike, with a muted yellow accent and funky olive green. It is the complete opposite of the Timbers’ fiercest rival in the MLS, the Sounders. 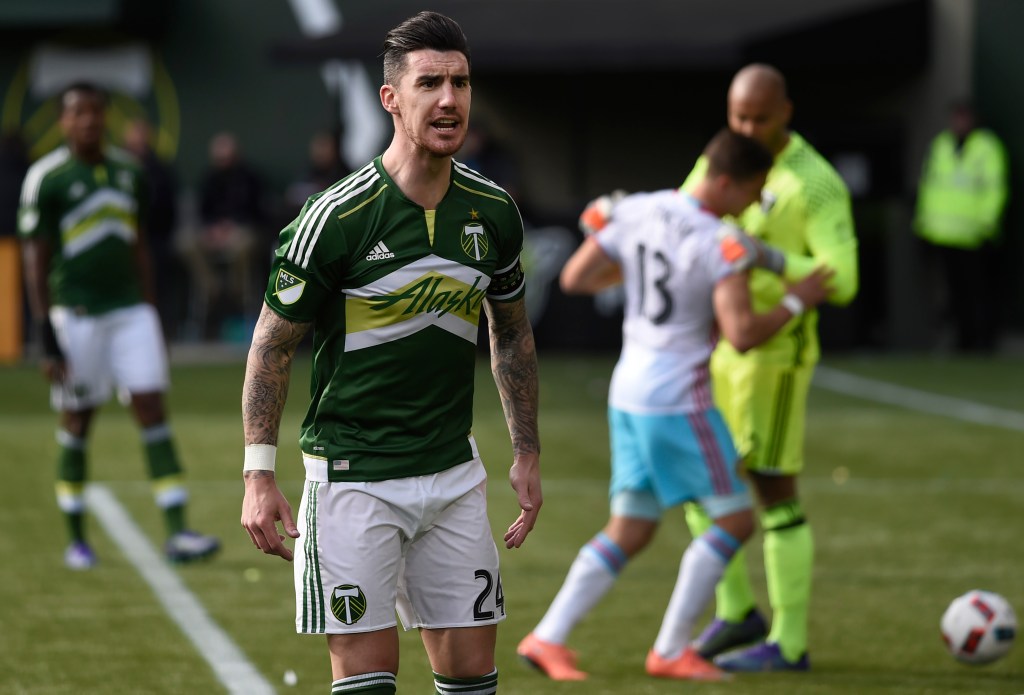 Dallas Stars: Dallas has really sweet green jerseys with complementary black accents and they were definitely the last cut. Stars come in first in “classic accent color” category though.

Seattle Supersonics: The Supersonics were that team that everyone went “Oh, I forgot about that, those jerseys are cool.”

Norwich FC: Norwich’s kit is split down the middle with yellow and green, but upon close examination, has more yellow than green.