It’s International Women’s Day and the sports world has a lot to honor.

From the U.S. Women’s National Team winning the World Cup to the increase of female coaches on the sidelines to youngster Lydia Ko snatching the LPGA No. 1 world ranking, it’s been a great year for women and sports.

Here’s what the sports world is celebrating today:

The U.S. women’s soccer team winning its’ first World Cup since the famed 1999 run was inspiring on so many levels. The squad featured incredible athletes, including Abby Wambach, Alex Morgan, Megan Rapinoe, and Carli Lloyd, who scored three goals in the final match against Japan.

It catapulted equality in women’s sports, specifically the turf conditions compared to the men’s fields, into the mainstream media.

My generation was obsessed with Mia Hamm. Everyone wanted to wear the No. 9 on the pitch. This next generation of girls wants to be Abby Wambach. When Wambach broke Hamm’s all-time scoring record in 2013, she cemented her legacy as one of the greats. Her retirement was a celebration of a sensational career-and she went out on top as World Champion. 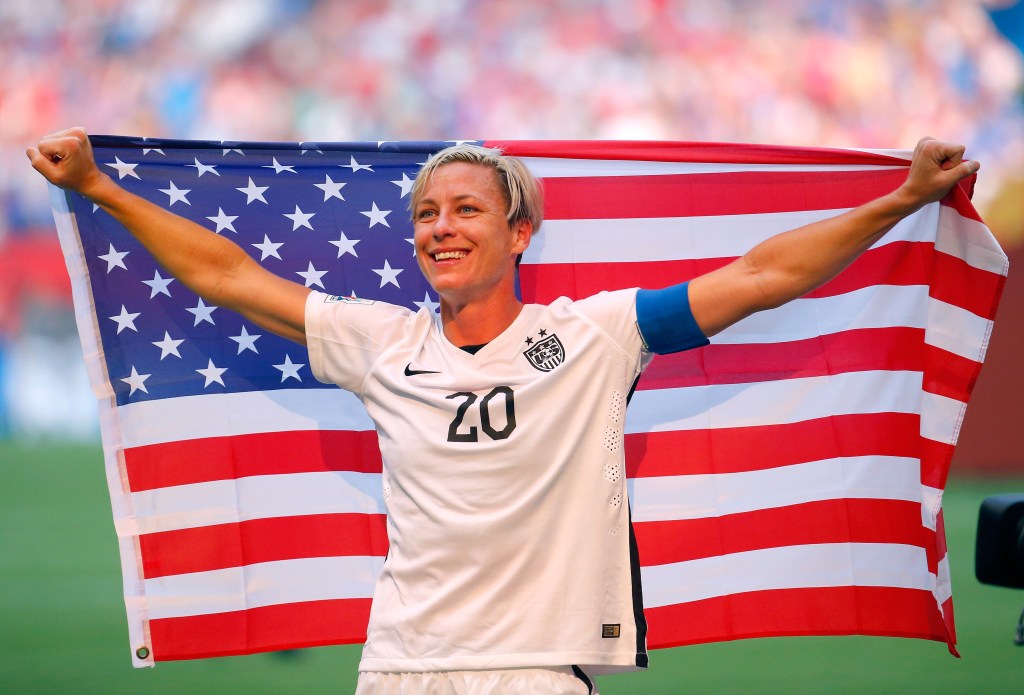 Serena Williams had one of the most exciting Grand Slam runs in recent tennis history.  She won the Australian Open, the French Open and Wimbledon, but Roberta Vinci beat her 6-4, 6-4 in a devastating match at the U.S. Open. For those of you that aren’t tennis fans, the last Grand Slam winner was Steffi Graf in 1988. Williams’ run earned her the 2015 Sports Illustrated Sportsperson of the Year award, joining legendary Tennessee coach Pat Summitt as the only woman to win the award this century.

Women’s MMA taking off in popularity

Ronda Rousey. Holly Holm. Miesha Tate. All names a year ago normal sports fans probably would have had to Google. Popularity for women’s MMA has skyrocketed over the last year, with viewers tuning in to see Rousey knock out Cat Zingano in 13 seconds,  Holm shock Rousey and Tate take down Holm.

Coaches on the sideline

When Becky Hammon was hired as a full-time coach with the San Antonio Spurs, Gregg Poppovich said, “I think some people thought this was some kind of gimmick, or we were just trying to be cool. I’m glad she’s there. I respect her opinion.” That’s the same sentiment that came from Arizona Cardinals coach Bruce Arians when he hired Dr. Jen Welter as the first female to hold a coaching position in the NFL. Welter, who worked with inside linebackers, subsequently gave advice to Kathryn Smith, who was hired in July by the Buffalo Bills to be a quality control coach.

Caitlyn Jenner’s speech at the ESPYs

Jenner’s speech at the ESPYs was an incredible moment for the transgender community. She was awarded the Arthur Ashe Courage Award, given every year. Jenner, who won the decathalon in the Olympics, was welcomed warmly by the athletic community and spoke with poise and confidence.

The National Women’s Hockey league launched this season and played the Canadian Women’s Hockey League in the first outdoor women’s Winter Classic. The Boston Pride of the NWHL and Les Canadiennes de Montreal played at Gillette Stadium on Dec. 31. Something to not be lost in this: Boston Pride forward Deanna Laing sustained a spinal injury in the game and is recovering.

The Connecticut forward has completely dominated college basketball. She’s one of the most famous Huskies to play the game and has drawn comparisons to Kevin Durant during her four years at UConn and has won every major award in the sport. She’s averaging close to a double-double with 19.6 points per game and 8.3 rebounds per game. Plus, Stewart has only lost five games in her ENTIRE career at Connecticut. Think about that. 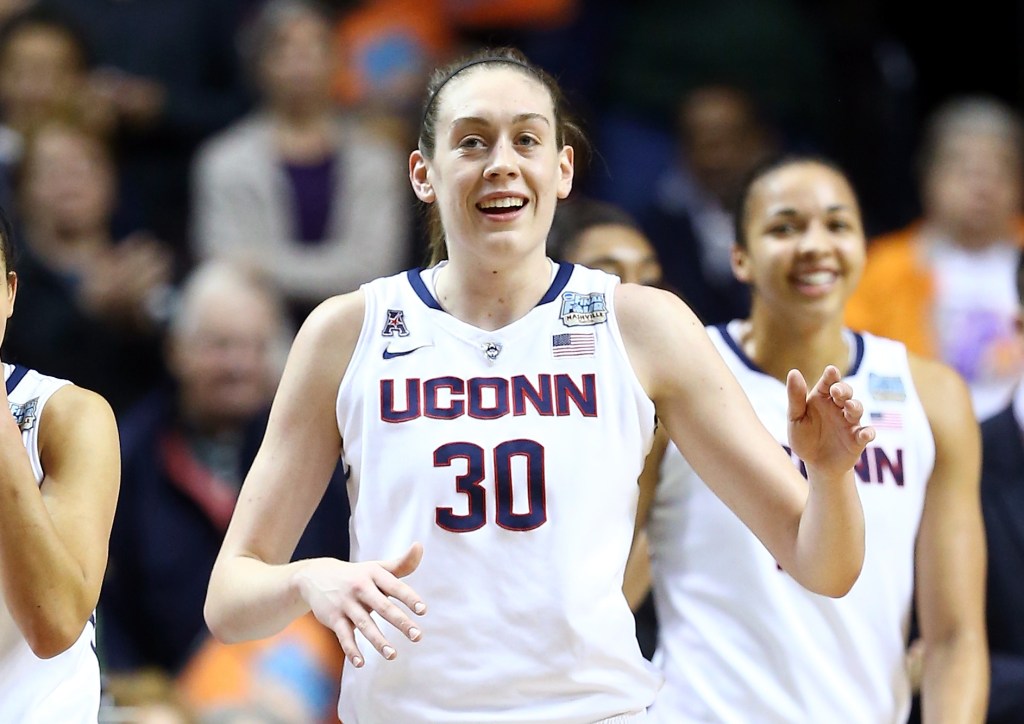 The 18-year-old from New Zeland had quite a year. She became the youngest player, male or female, to attain the No. 1 world ranking, won Player of the Year and won the Evian Championship. Pretty good for only her second year on the LPGA tour. 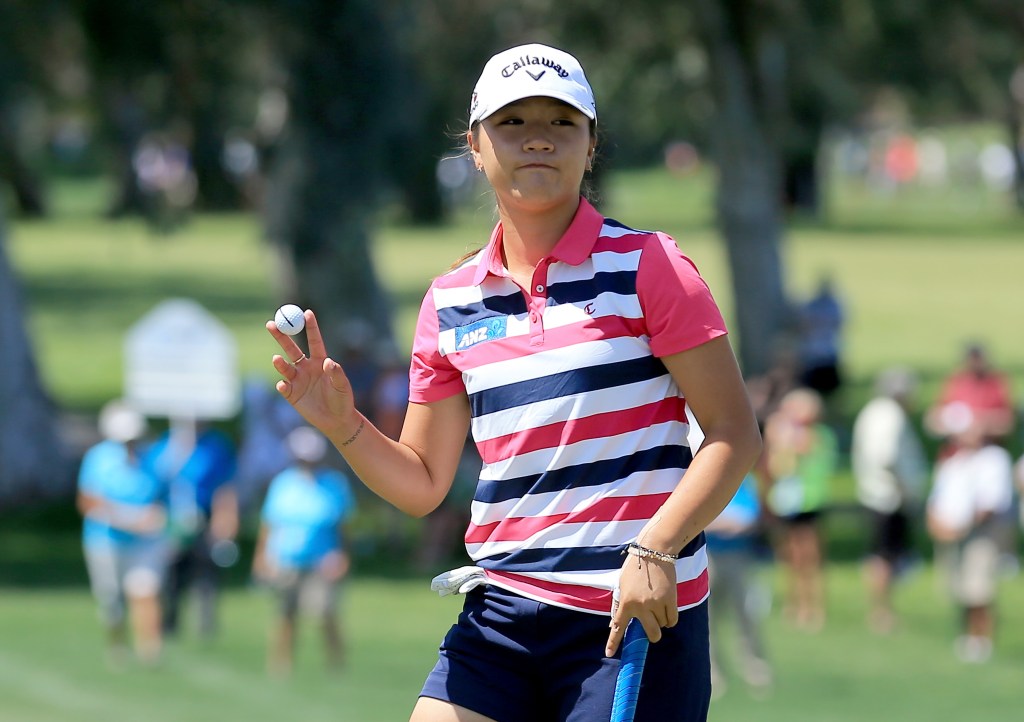 Check out the hashtag #InternationalWomensDay for more inspiring stories.